Jeffrey Cirio’s vision and work as a major choreographer began with “of Trial” for Boston Ballet’s BB@Home series in January 2014. He was then commissioned by Boston Ballet to create a piece for the main season and the Boston Opera House stage. This piece, entitled “fremd,” was graciously funded by a Jerome Robbins Foundation grant. Cirio Collective’s inaugural season was born out of a vision that both Jeffrey and Lia had to bring dancers and other artists together to create and collaborate. They began in the summer of 2015 at Vineyard Arts Project and finished with the premiere of Jeffrey Cirio’s “MiniM” at the Cape Dance Festival in Provincetown, MA. In March 2016, Jeffrey was chosen for the Joffrey Academy’s 6th Annual Winning Works Choreographic Competition, which recognizes the talents of emerging choreographers of diverse ethnic backgrounds. He worked with members of the Joffrey Academy and the Joffrey Studio Company to create a new work, “Chapter 1, Chapter 6,” which premiered on March 5, 2016 in Chicago, IL. In April 2016, Cirio Collective performed “MiniM” at the World Ballet Competition Gala in Daytona Beach, FL.  Along with Cirio’s pieces for Boston Ballet, Boston Ballet II, and Joffrey, he has worked with Ballet Academy East and the Central Pennsylvania Youth Ballet. Cirio Collective’s second season occurred during the summer of 2016 at the Cape Dance Festival in Provincetown, MA and the Vineyard Arts Project. This particular season was approached with a special focus on exploring the creative process with hopes that when artists live and work together closely, a special bond develops that inspires their art. For the first time, Cirio Collective collaborated with live musicians and fellow choreographers to create and present its dancers and new work. The season culminated with the premiere of Cirio’s “Efil Ym Fo Flah (Half Of My Life)” and Paulo Arrais’ “Sonnet of Fidelity” in July 2016. Upon Cirio’s return to New York City in August of 2016, he was asked to choreograph a work for the Erik Bruhn Competition for the couple representing American Ballet Theatre. Working with Cassandra Trenary and Gabe Stone Shayer, Cirio created a pas de deux titled, “The Story of … “ The work was danced at the Erik Bruhn Competition in November, and was also presented at DRA’s Inside Dance Series and at ABT’s Annual Holiday Benefit Gala in Los Angeles, CA. Jeffrey was recently awarded the 2017 Jadin Wong Award: Note of Exceptional Merit by the Asian American Arts Alliance. Cirio Collective has also recently performed at Norte Maar’s Dance @ Socrates in Queens, NY, the Dancers Responding to AIDS Hudson Valley Dance Festival in Catskill, NY, and The Playground NYC Winter Showcase as a a part of APAP 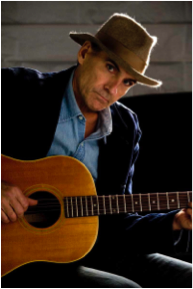